July exhibition 'Baptism of Fire' in the press 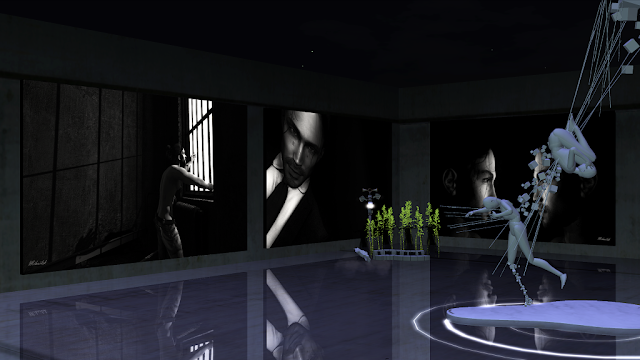 Monday, 5 July Frank Atisso  wrote an extensive review/analysis in ARTKORNER, based on an interview he had with Mihailsk a few days before the official opening of the exhibition.

'The latest exhibition at the Nitroglobus Gallery features the works of Mihailsk, who is exhibiting his art for the first time in SL. One of the major differences between Baptism of Fire and other exhibitions you might have seen is that the core idea of the exhibition centers around the creation of the artwork itself. I had the opportunity to talk to Mihailsk on my visit to this exhibition.
Mihailsk tells me, “Creating this exhibit was like a personal bet with myself. When I met Dido in March, she challenged me. She challenged me to take a new trip. A trip within myself. And being a traveler, I could not resist.”........................ ->

Sometimes the best art exhibits come from a chance encounter. Dido Haas, owner and curator of Nitroglobus gallery, bumped into Mihailsk while he was visiting Nitroglobus in March. A couple of days after that first encounter, he posted an image taken at the gallery, which was then displaying Daantje Bons’ work – and this image led to Dido looking through Mihailsk’s Flickr steam and then approaching him to exhibit at Nitroglobus...................... ->

Wednesday, 7 July in the Section ELSWHERE ON THE ARTY GRID', Edition 26 of Limoncello News 'Baptism of Fire' was mentioned. Thanks so much Fenella Allen!
'Fenella was lucky enough to be invited by Dido Haas to preview the July exhibition at her Nitroglobus Roof Gallery. It's called Baptism of Fire and is the Second Life® artistic debut of Mihailsk, a Greek photographer with a distinctive style. The images on display are .......'

The exhibition 'Baptism of Fire' by Mihailsk will be on the walls of Nitroglobus during the entire month of July 2021.
Here's your taxi
Posted by Dido Haas at 14:20