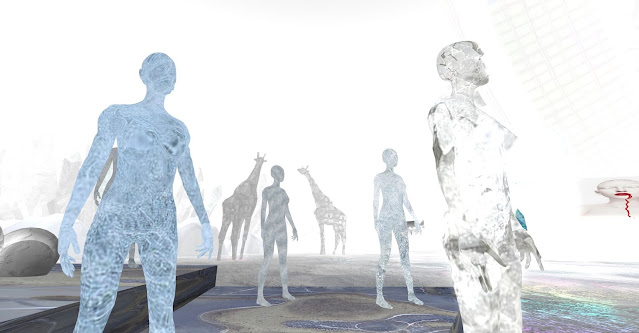 January 23 was the Grand Opening of the SLEA Crystal Carnival with a great performance of Mario2 Helstein, particles master number 1.
And what an opening it was; over 100 visitors were watching and admiring the show. 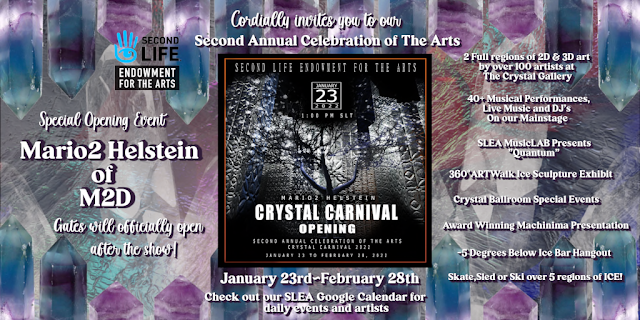 poster of the Opening party on 23 January

After Mario's show the CRYSTAL GALLERY was opened and now everybody is welcome to wander/skate around and admire the 2D and 3D art of the 88 artists (see list of participants at the bottom of this blog post), who gave me their works to place on the ice pillars at this enormous space which covers  2 regions.

No doubt many videos were made of the overwhelming particles show of Mario. Here's one I found to give you an idea.
video by Aedan Charron & Noelaine 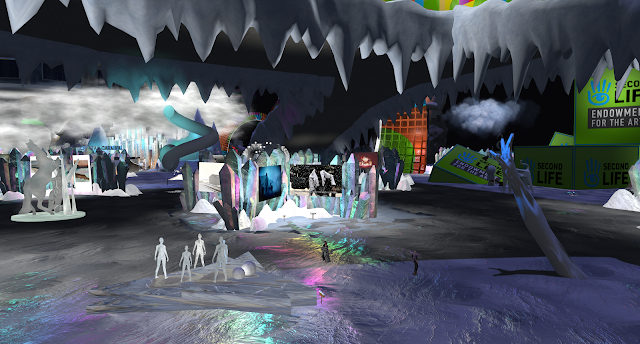 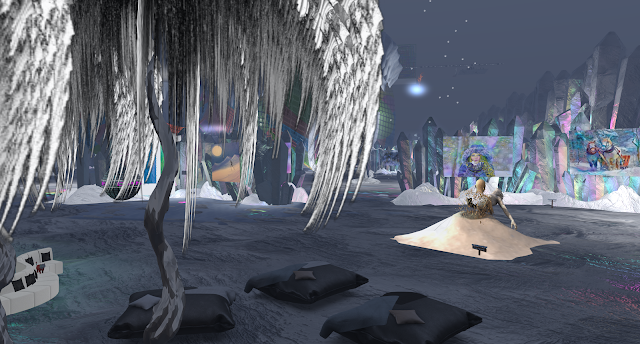 The above two images I made this morning, all other images by Mihailsk

Regi Yifu created the Crystal Gallery; the floor, the light, the ice pillars which were created as frames for the 2D art, the 5 degrees below Ice bar, which is situated under the bridge, and a fun underwater world with seahorses to ride. The underwater world you can enter when you (accidently) fall into the hole in the ice. Go look for it it's fun.

Apart from Regi our team existed of Mihailsk, assistant curator and myself, curator of the Crystal Gallery. The three of us we were a cool team.

It has been a lot of work and there were days we worked for over 8 hours in a row. The result is there and I am happy.

Images of the Crystal Gallery by Mihailsk: 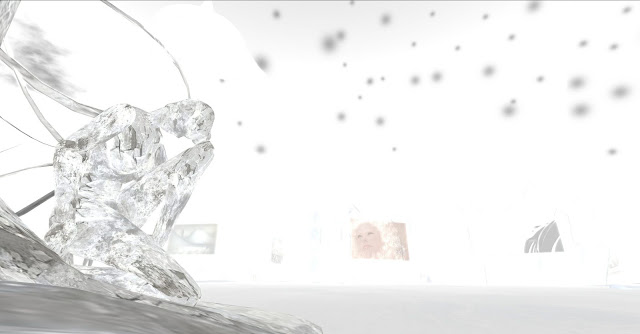 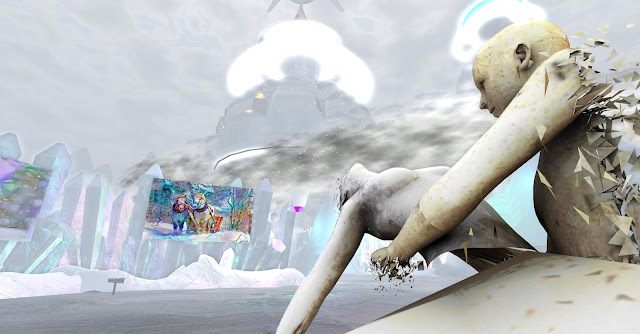 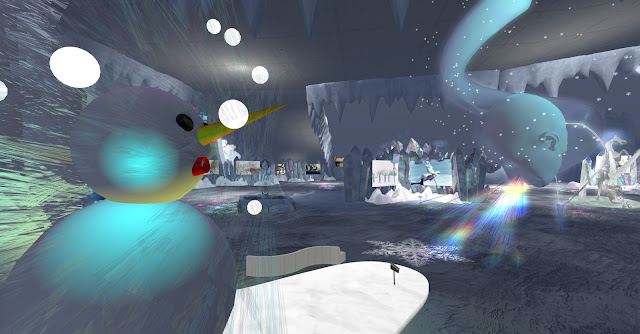 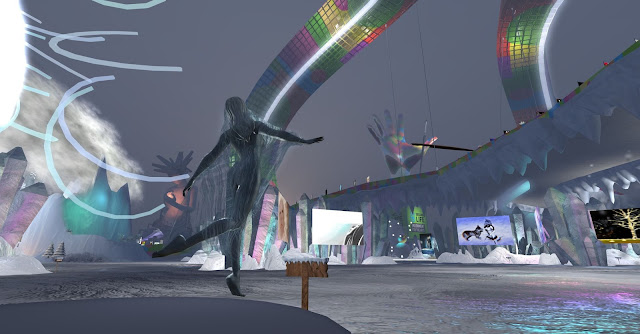 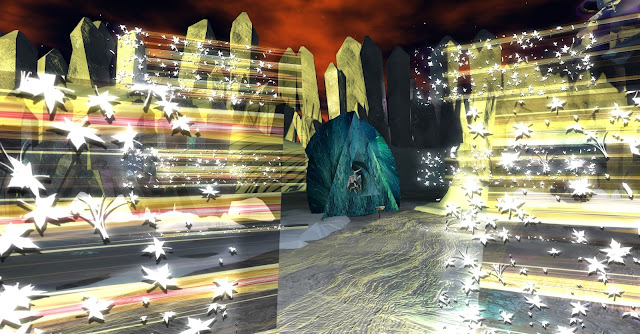 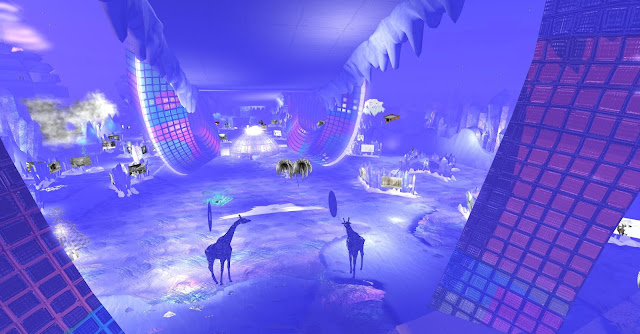 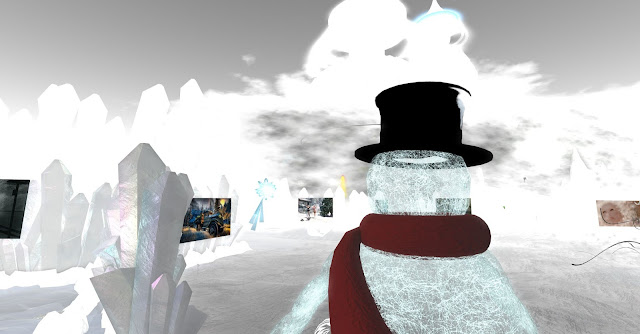 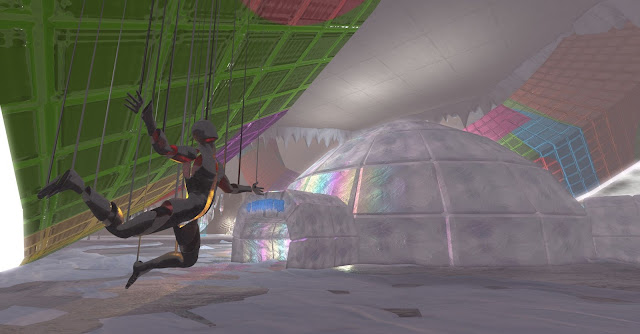 the 5 degrees below Ice bar 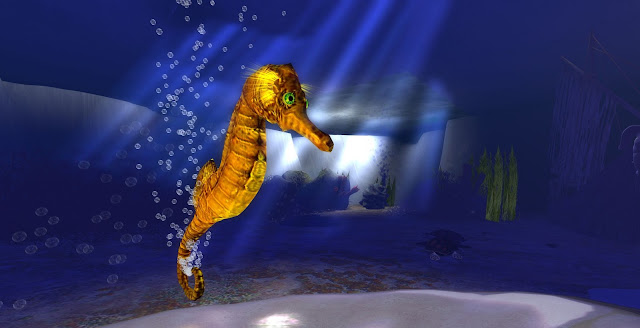 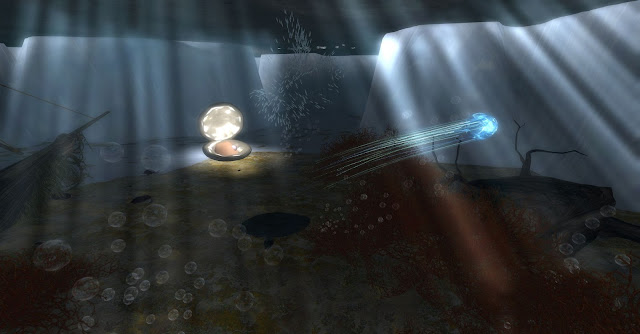 List of all participating artists to the Crystal Gallery at SLEA:

A sincere THANKS to all artists mentioned above!
dikke kus
dido