My Reflection by Hikaru Enimo-Lefevre 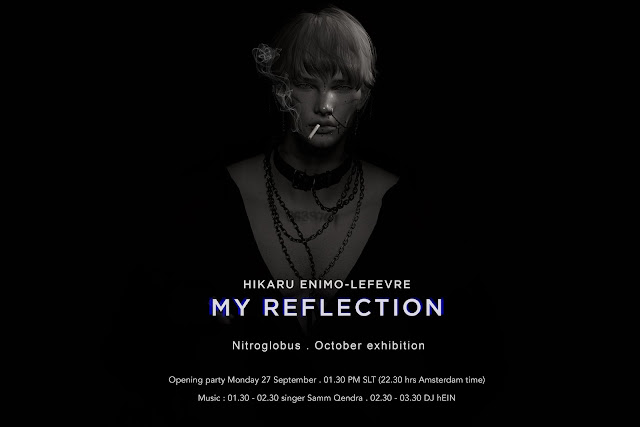 poster made by David Silence, based on an image of Hikaru

October 2021, showing 'My Reflection' an exhibition @ Nitroglobus by Hikaru Enimo-Lefevre.

Proud to present this icon of Second Life, who is exhibiting in my gallery.
Who doesn't know Hikaru, who shoulders several roles entrusted to him over the years, many of which involves photography - being a blogger, model, stylist, blogger manager, store manager, Neo-Japan SL Event Co-Founder, and lastly but no less his pet-project, he is also the Owner and Editor-in-Chief of L'Homme Magazine SL.

The exhibition 'My Reflection' is in Hikaru's own words: 'the habit of deliberately paying attention to once own thoughts, emotions, decisions, and behaviors. Periodically it reflected back on an event and how it was handled, in hopes that to learn something from it and make better decisions in the future'.

Some overview snapshots I made of the gallery: 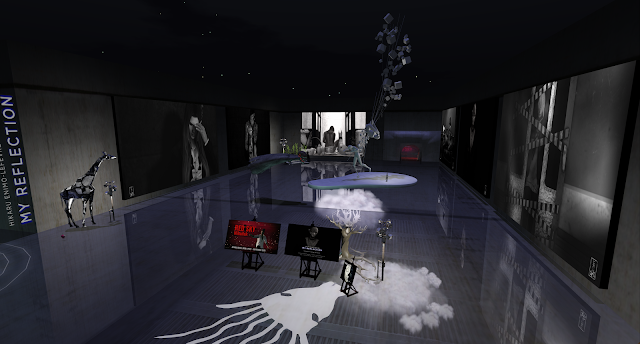 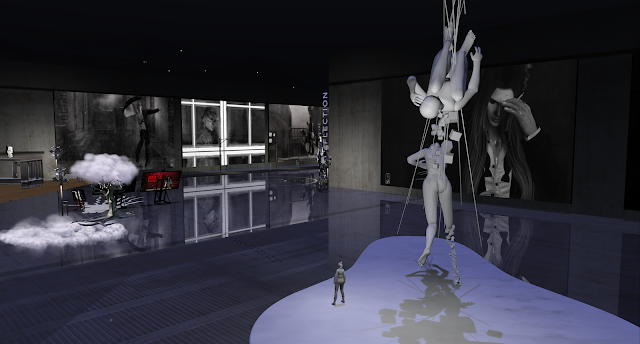 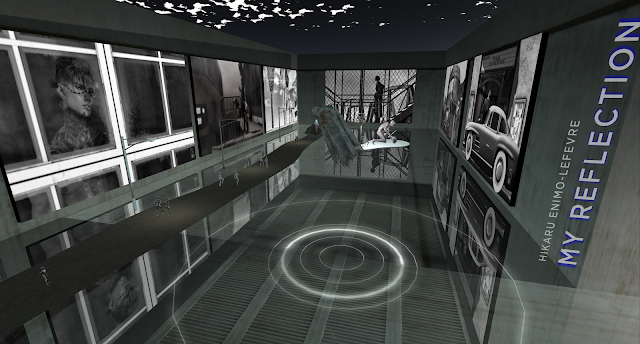 ***
IN THE PRESS:
Inara Pey wrote as always an indepth analysis of Hikaru's exhibition in her blog Living in a Modemworld.

'And it is in the idea of contained narrative that Reflections further unfolds before us. For while these are images intended to reflect Hikaru’s own moods, thoughts, feelings – and yes, his vitality – at the time of their creation, such is their depth and composition, we cannot help be see each as part of a larger canvas.
Each image invites us in to it, awakening our imaginations to weave stories that can fill the rest of that unseen canvas. Stories in which our own role might also be defined: are we merely a observer of a moment in Hikaru’s life, or are we an invisible participant – lover, partner, friend, passer-by – looking upon someone we care for, like or just happen to see – or who has caught us unexpectedly within his gaze?'
***
Frank Atisso also wrote an intriguing article 'Hikaru's Thoughtful Scenes at Nitroglobus' in his blog ART KORNER

'Photographers or artists seek to form a connection with their viewer in some manner. For some it is an emotional connection established through various ways while others evoke memories from the past to build this rapport. For Hikaru, it is his intense, reflective gaze that establishes a connection with the viewer instantly. In some images, he is lost in thought as he gazes into the distance while in others, he reflects on things accompanied by a faithful canine companion'.

***
Diomita Maurer wrote an interesting review about My Reflection in her blog 'Diomita and Jenny Maurer's blog' and posted several images of the artworks. 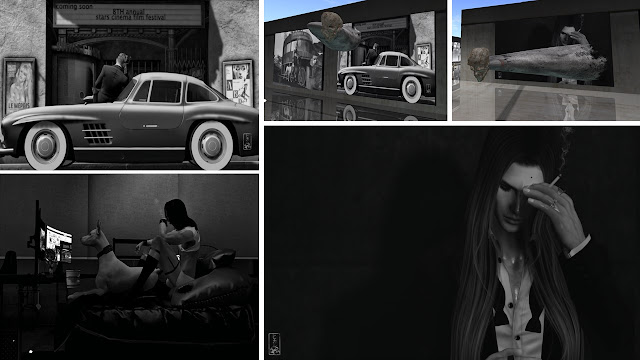 Moreover, there was a short article about the exhibition published in Edition 38 of Limoncello News. Thanks so much Fenella!

and last but not least Red Bikcin mentioned the exhibition in her 'Guia de Exposiciones',which she published on Facebook every month. 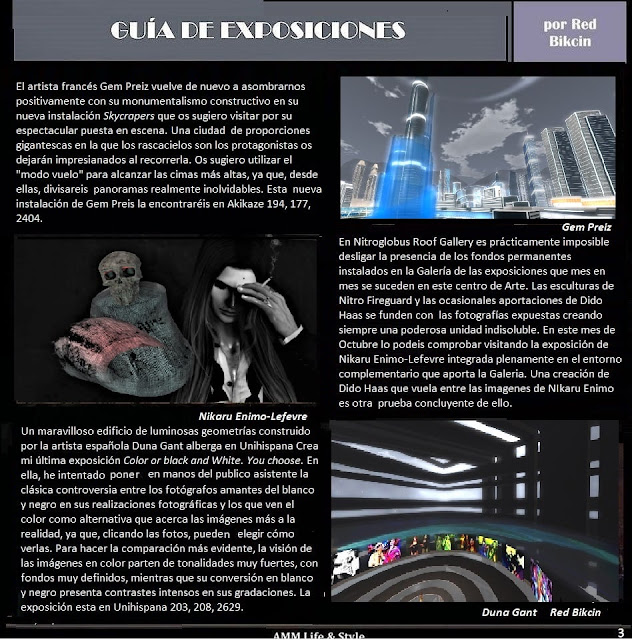 Of course there was a party and wow what a party this was with super cool live music by singer Samm Qendra and ditto tunes of DJ hEIN, accompanied by the awesome particles of Venus Adored. I will make a separate blogpost to fit in all the images I made of guests visiting the party.