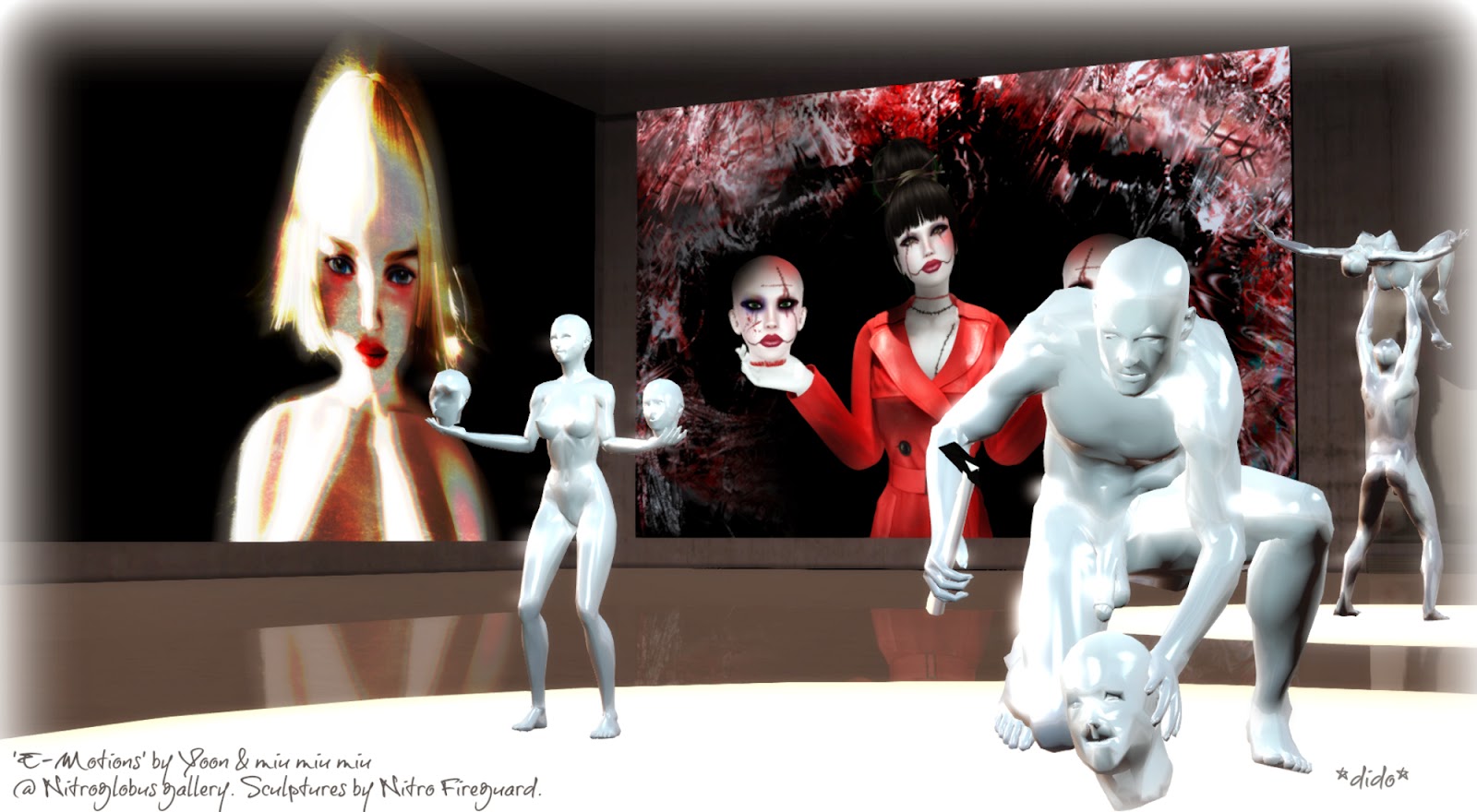 We did it, we changed exhibitions at Nitroglobus gallery.
We say goodbye to 'Body' by Paola Mills and welcome 'E-motions' by Yoon (Toyono) & miu miu miu (Miumiumiusecond).

For Yoon and miu miu miu this is the first time in their SL life they exhibit their work in a gallery, although they both are active in Flickr and/or Facebook. However, until now those platforms were more or less the only ones they used to express themselves with images.

E-MOTIONS:The title refers to how we as humans always are being moved by emotions. They literally cause 'motion' in our lives. They make us go forward, backward, up and down or move in endless circles.

Miu and Yoon interpreted the theme of E-motions in their own personal way. Yoon's work is very personal. Her expression can be called conceptual with a fixed idea about what had to be expressed and in what context. Miu on the other hand is expressing her avi in several moving images, some hard, some tender. Miu calls her approach an impulsive one, meaning she will do a shoot without a prepared idea how it should become.

And of course Nitro made awesome sculptures for this exhibition as he always does.

E-Motions will be on the walls of Nitroglobus gallery for some time and all are welcome to visit. Here's your taxi: http://maps.secondlife.com/secondl…/Costa%20Blanco/…/117/771 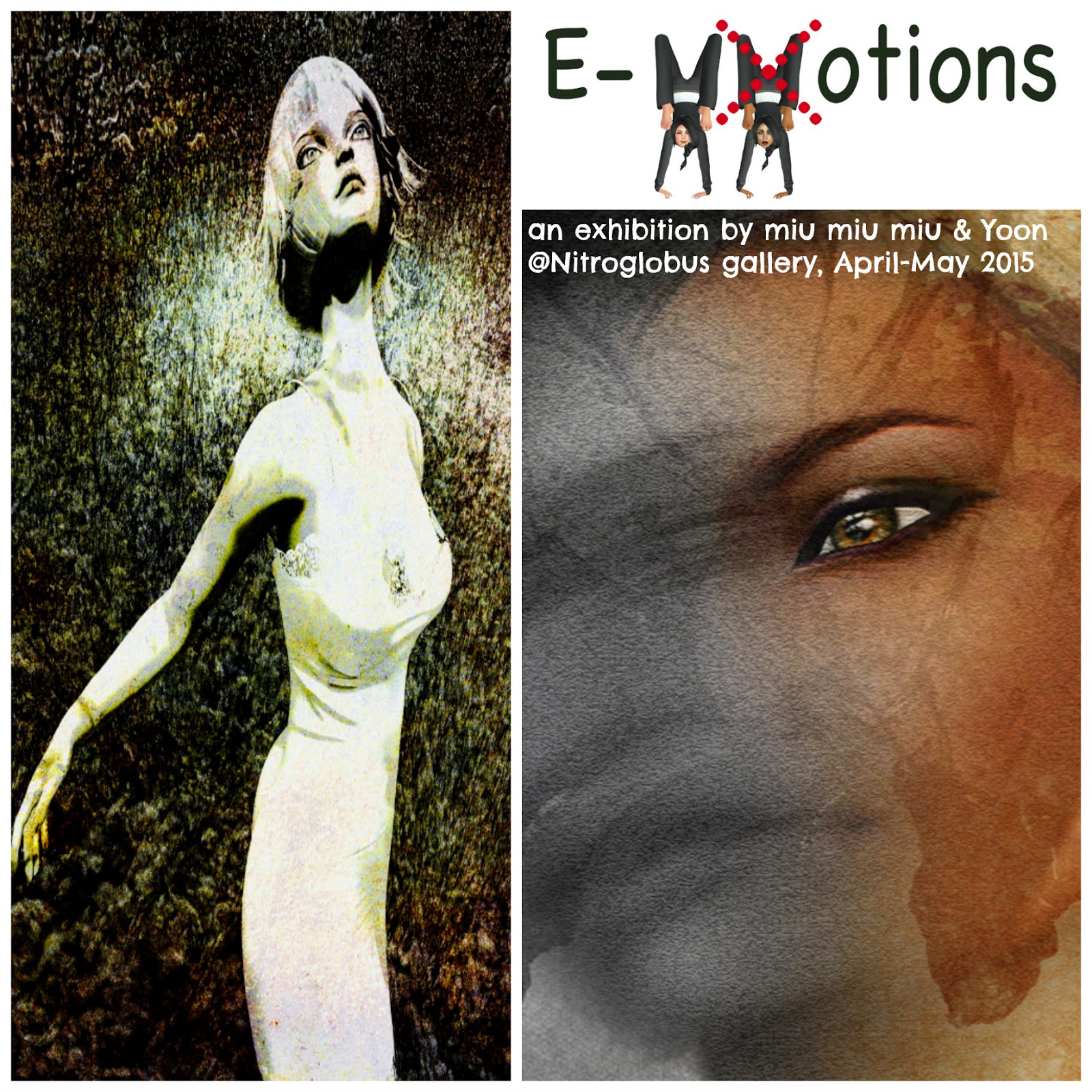 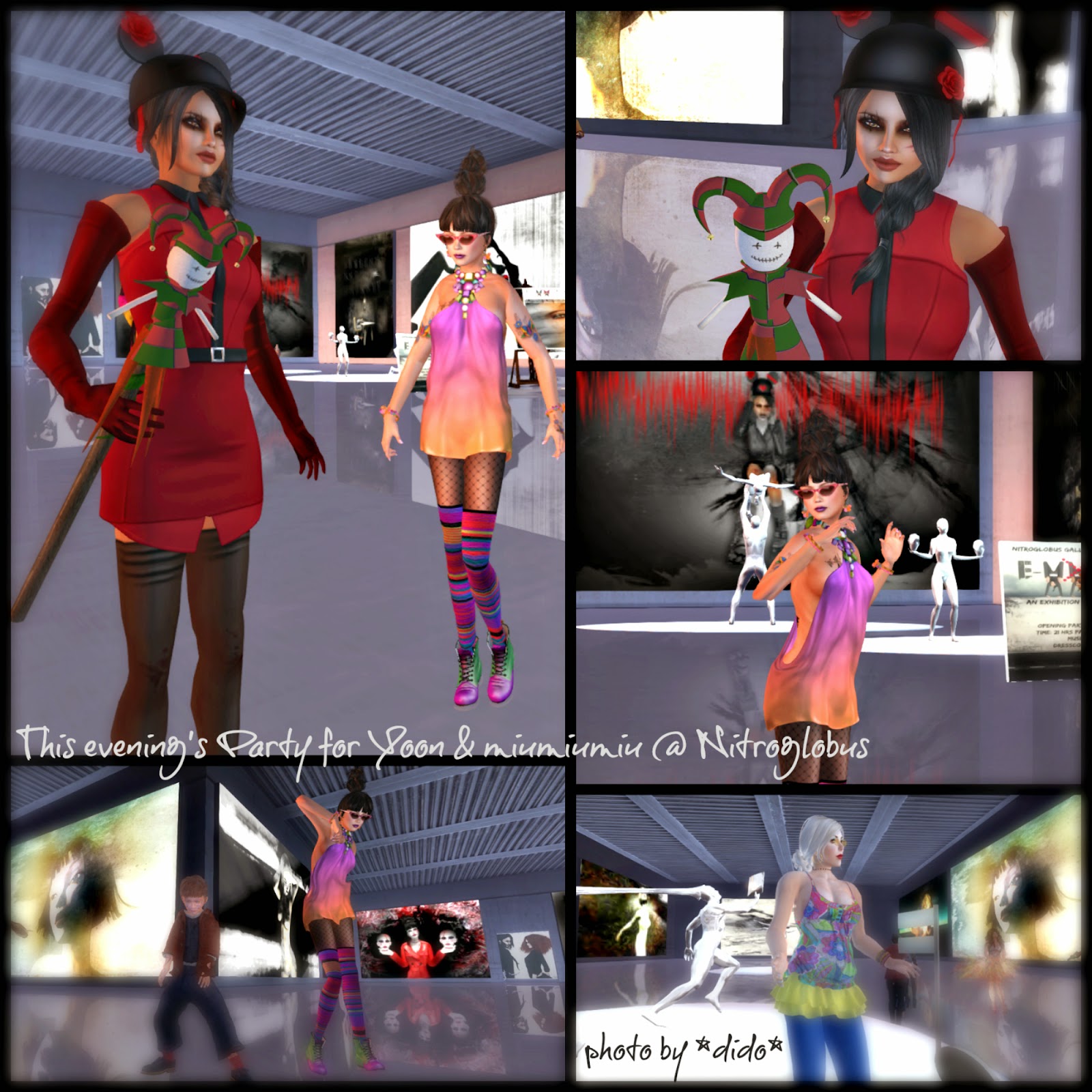 Yoon & miumiumiu at their party 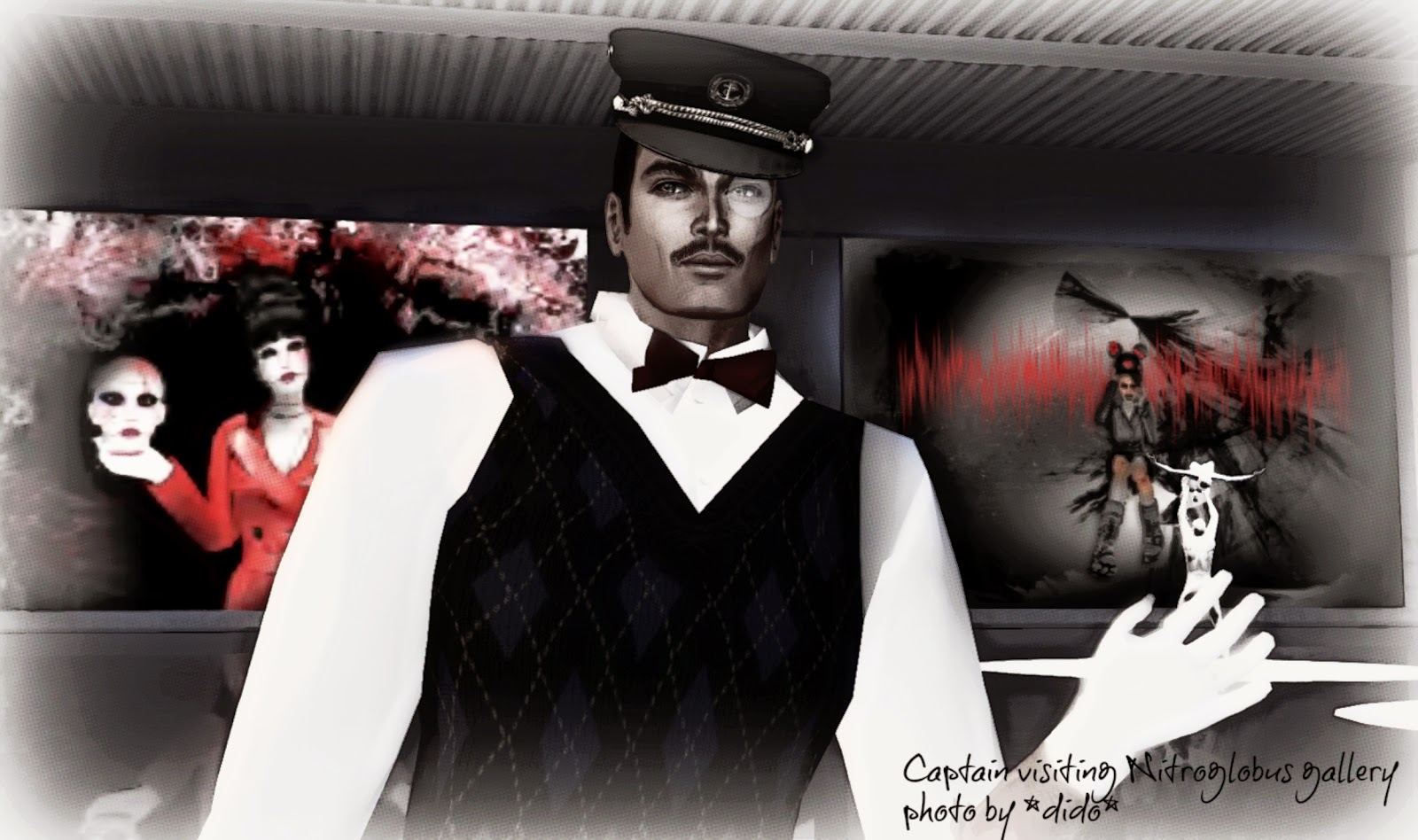 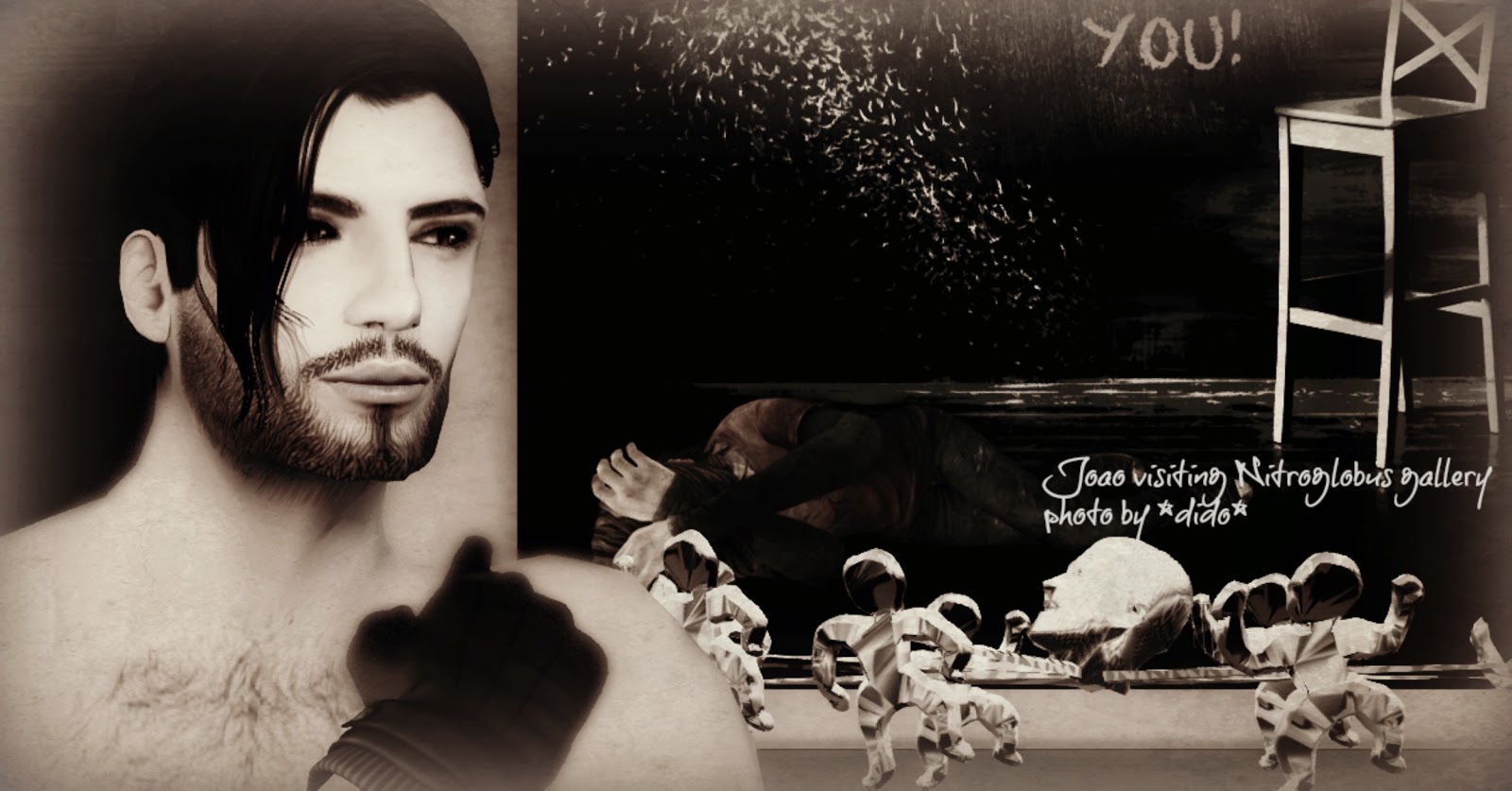 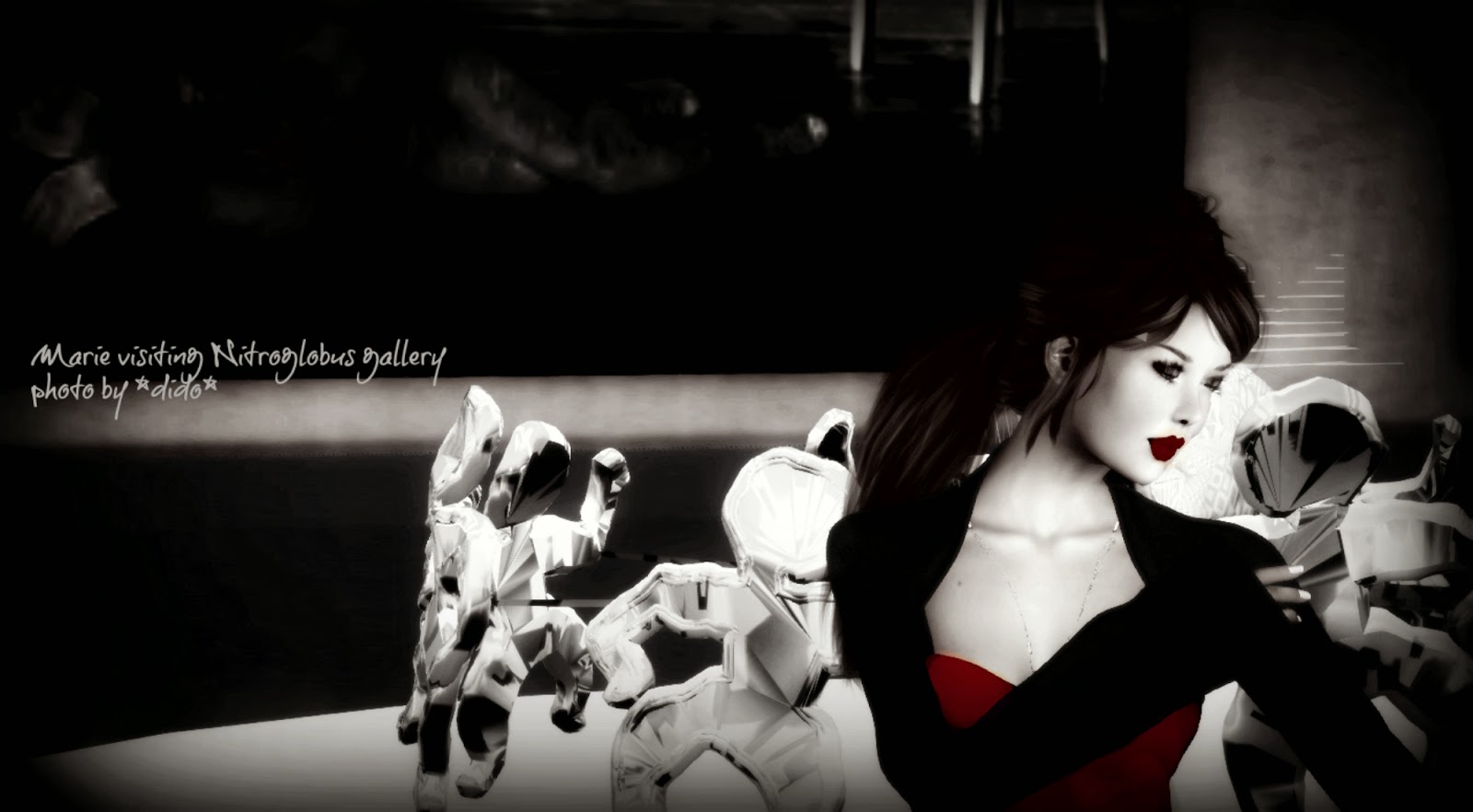 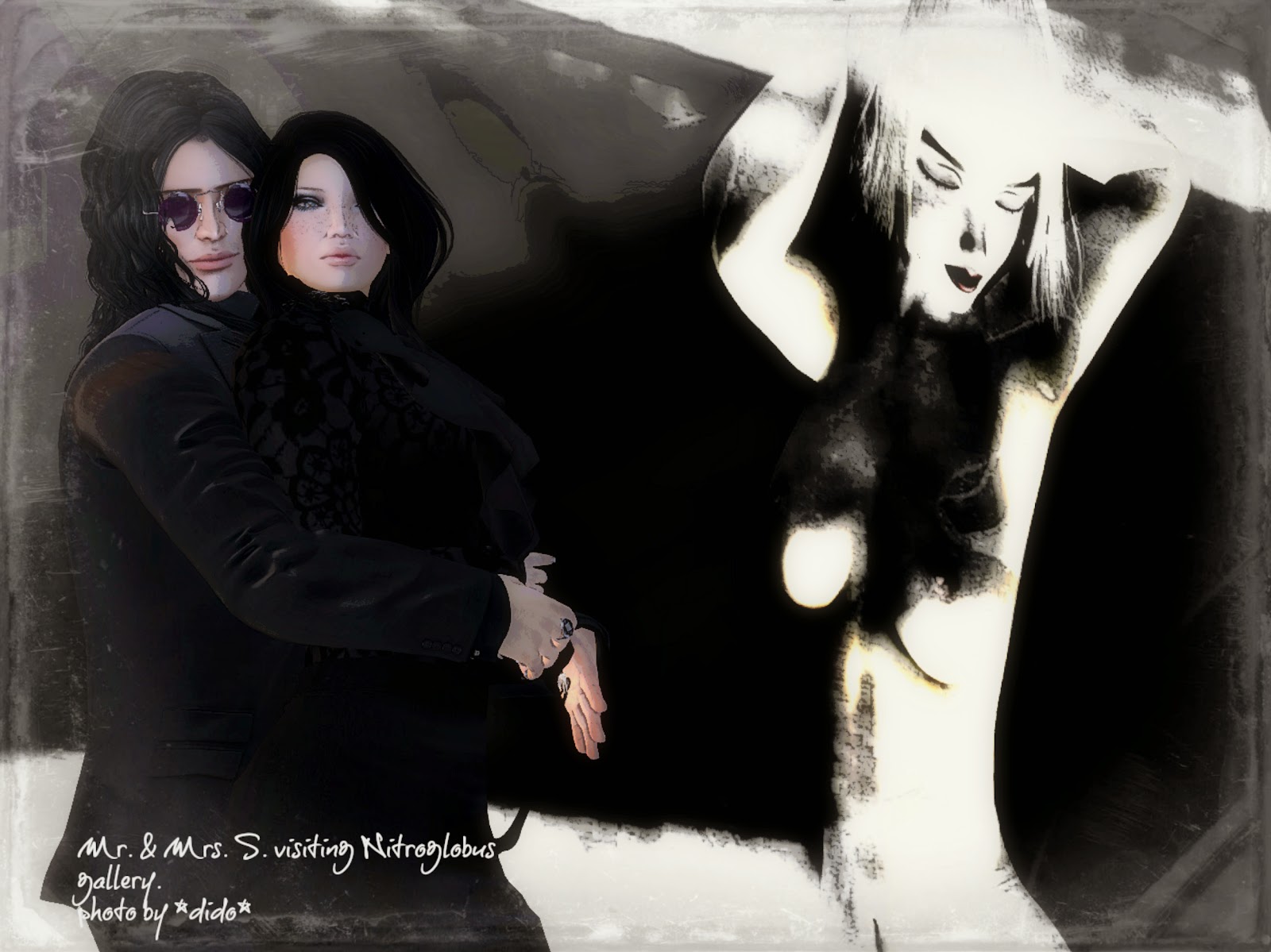 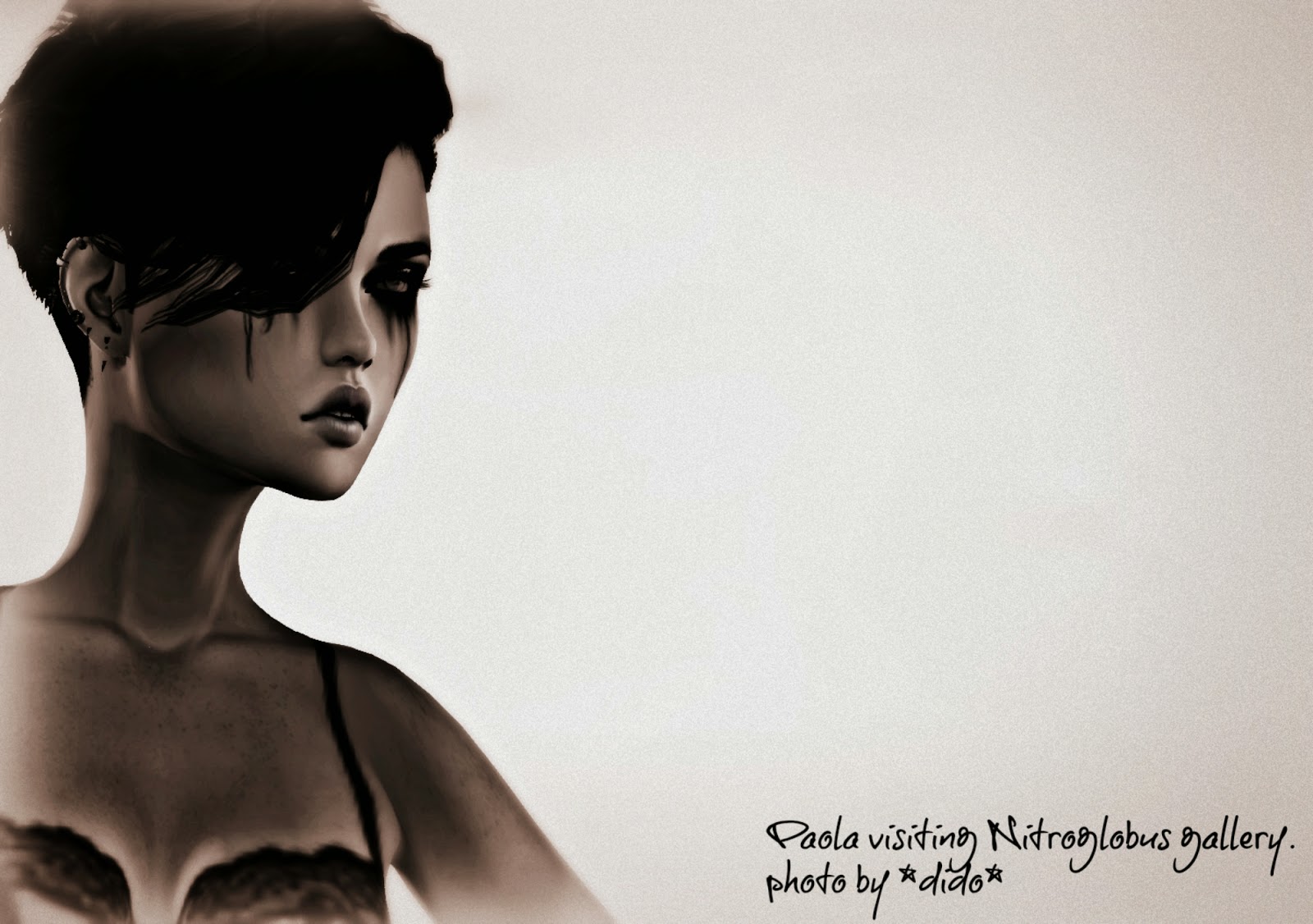 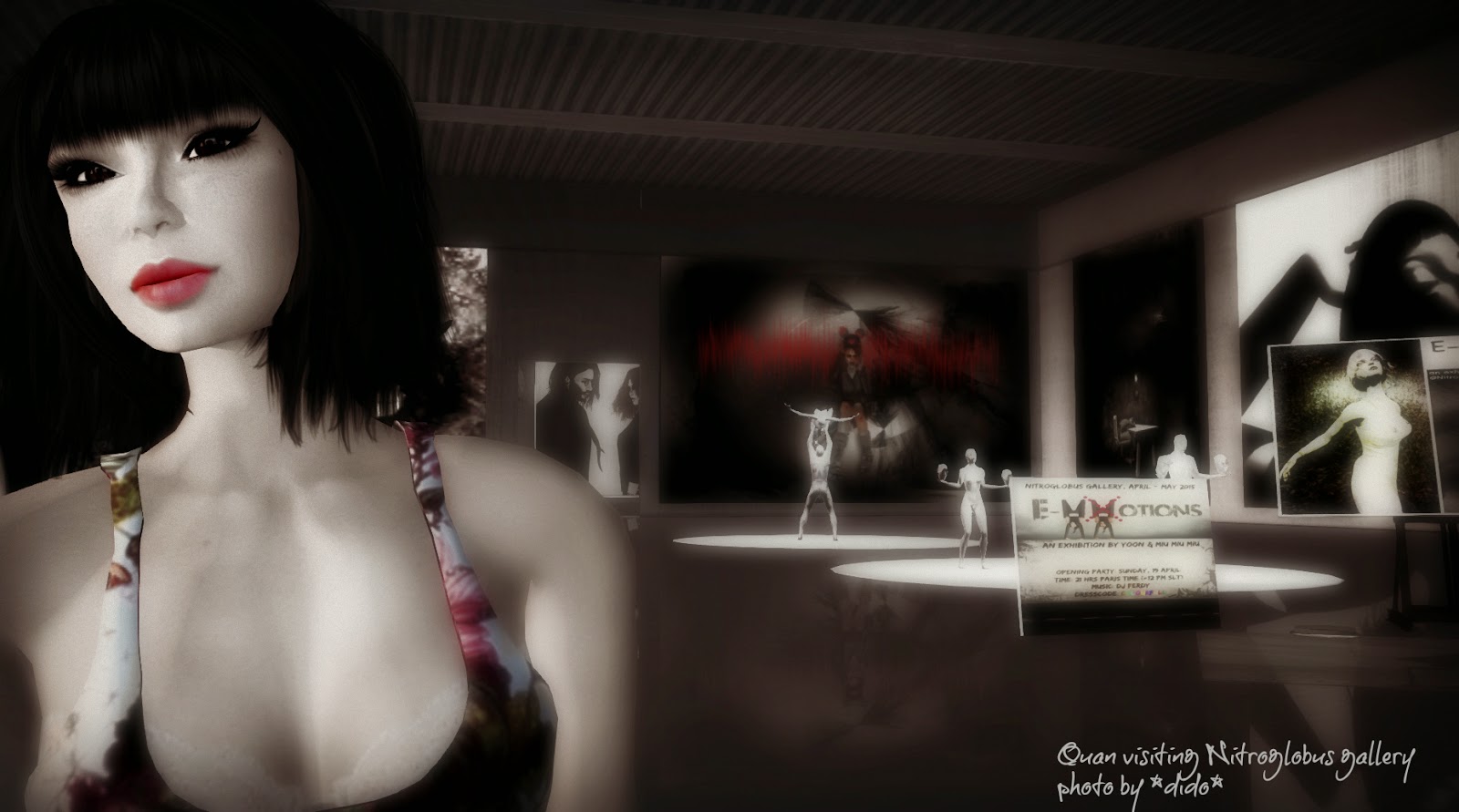 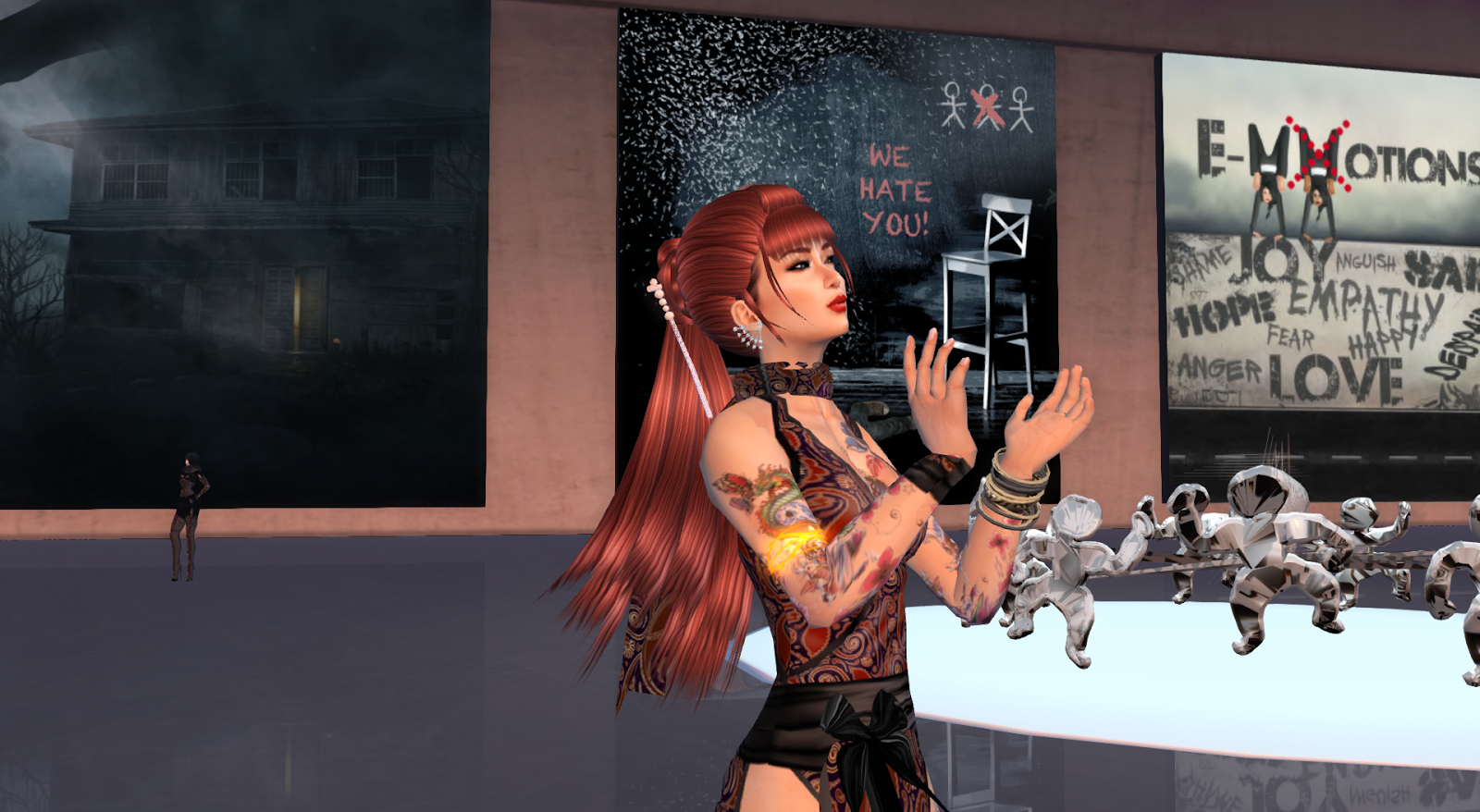 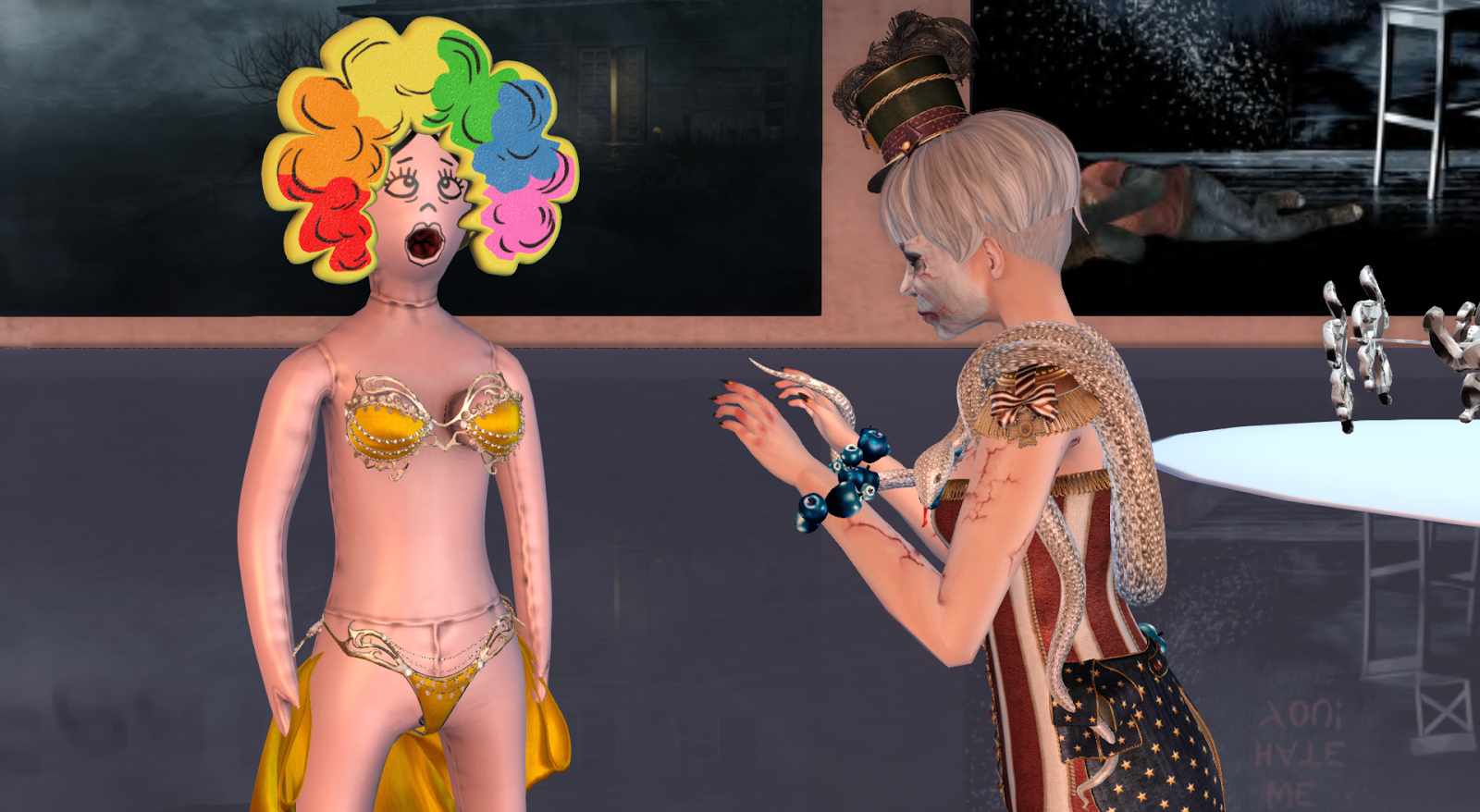 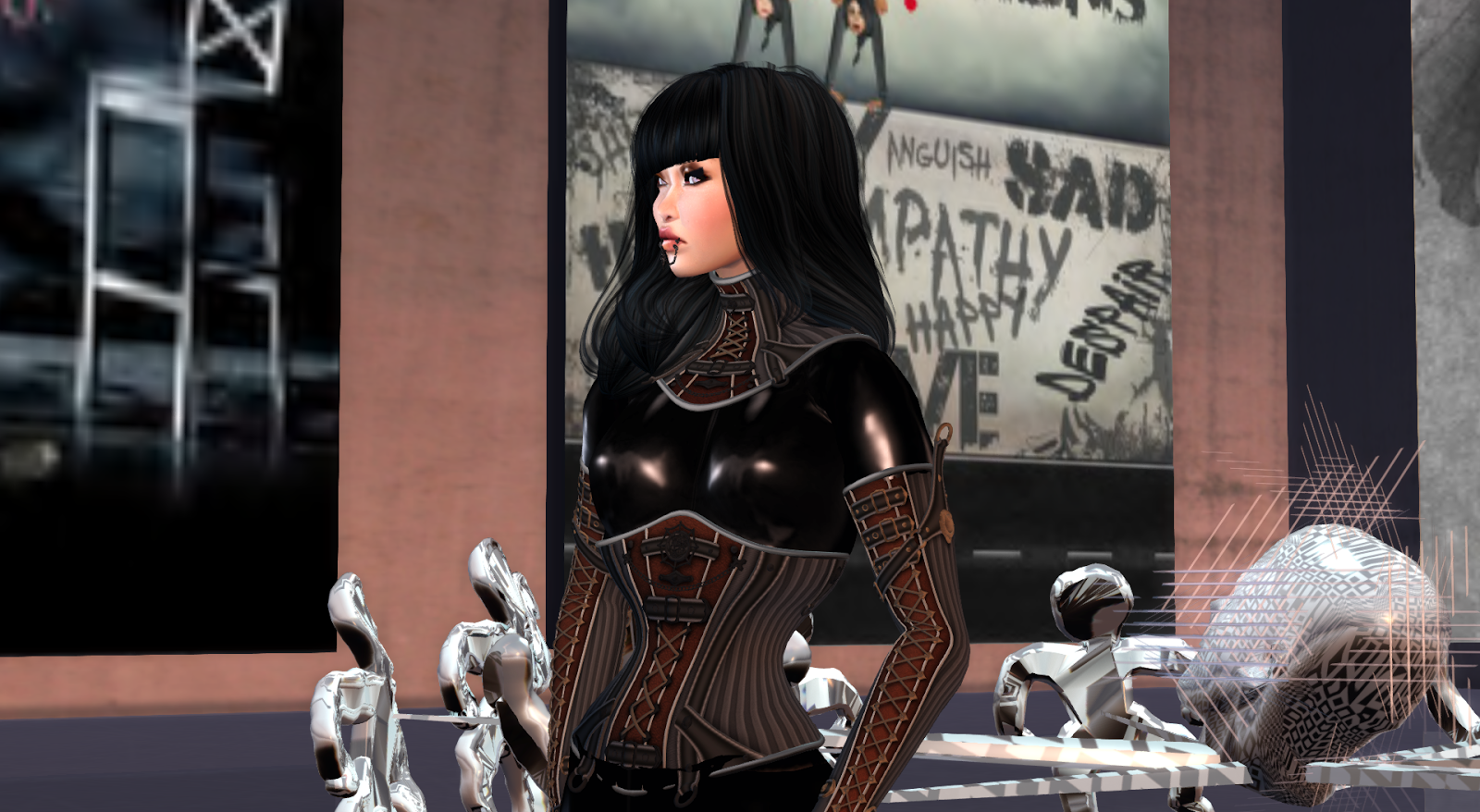 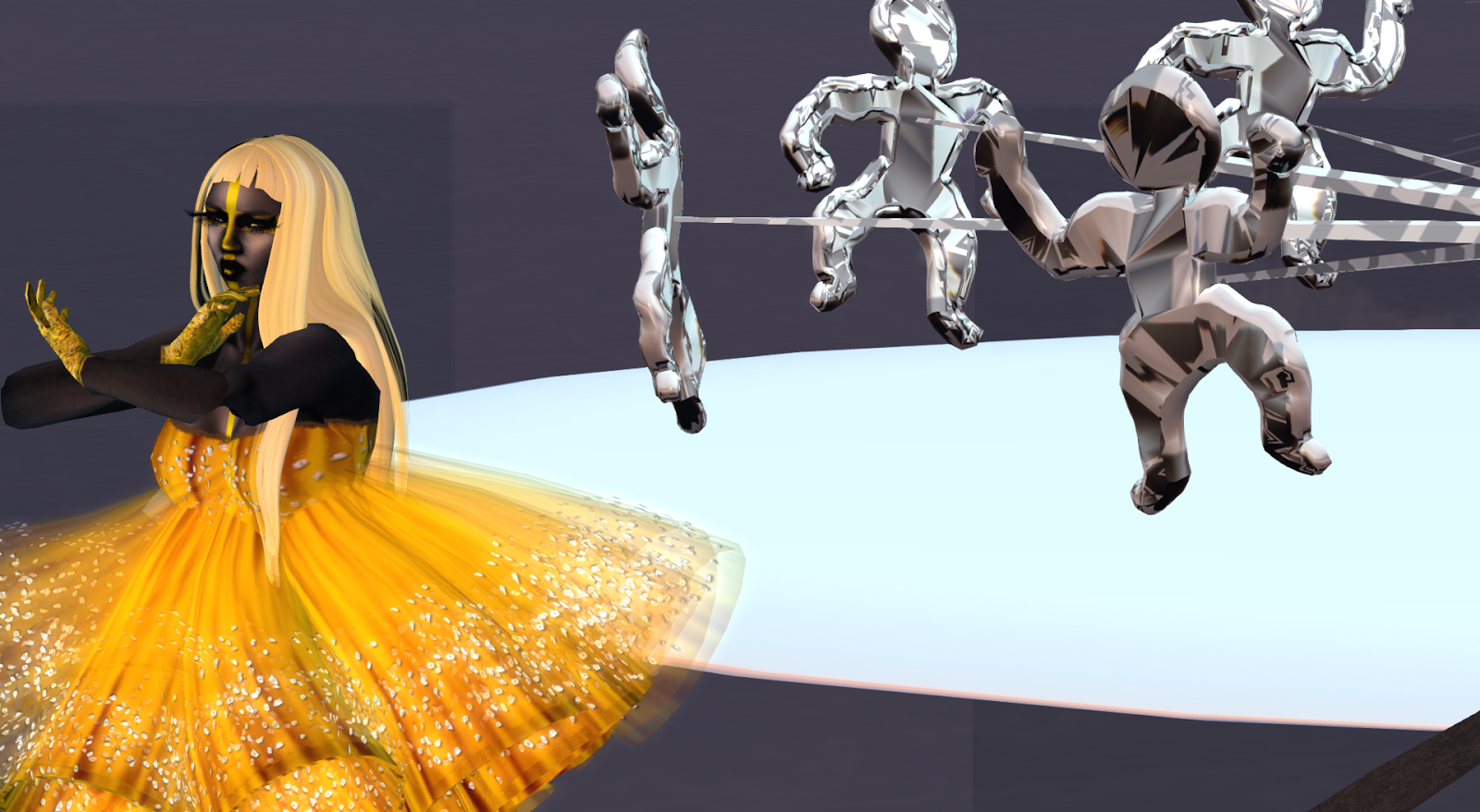 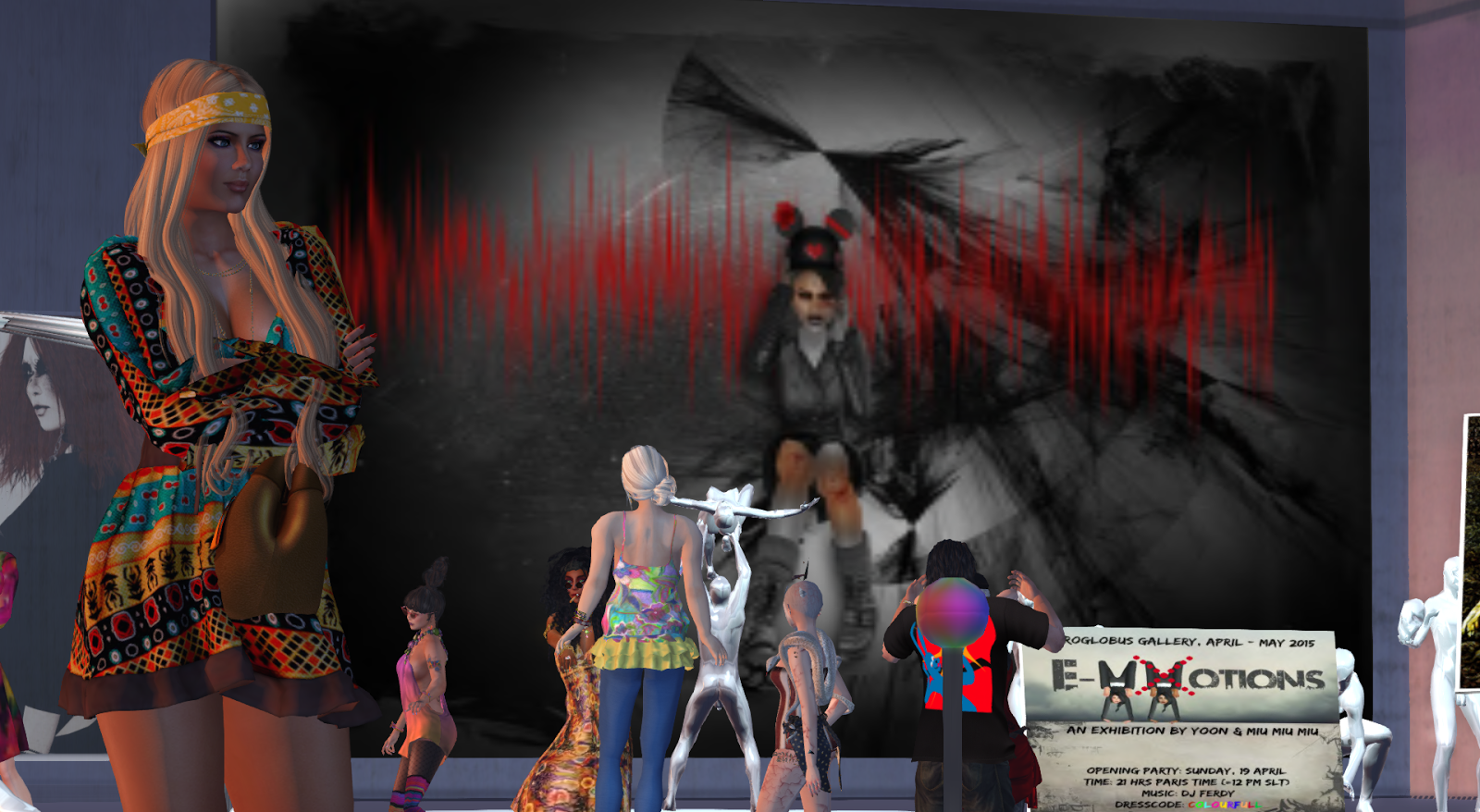 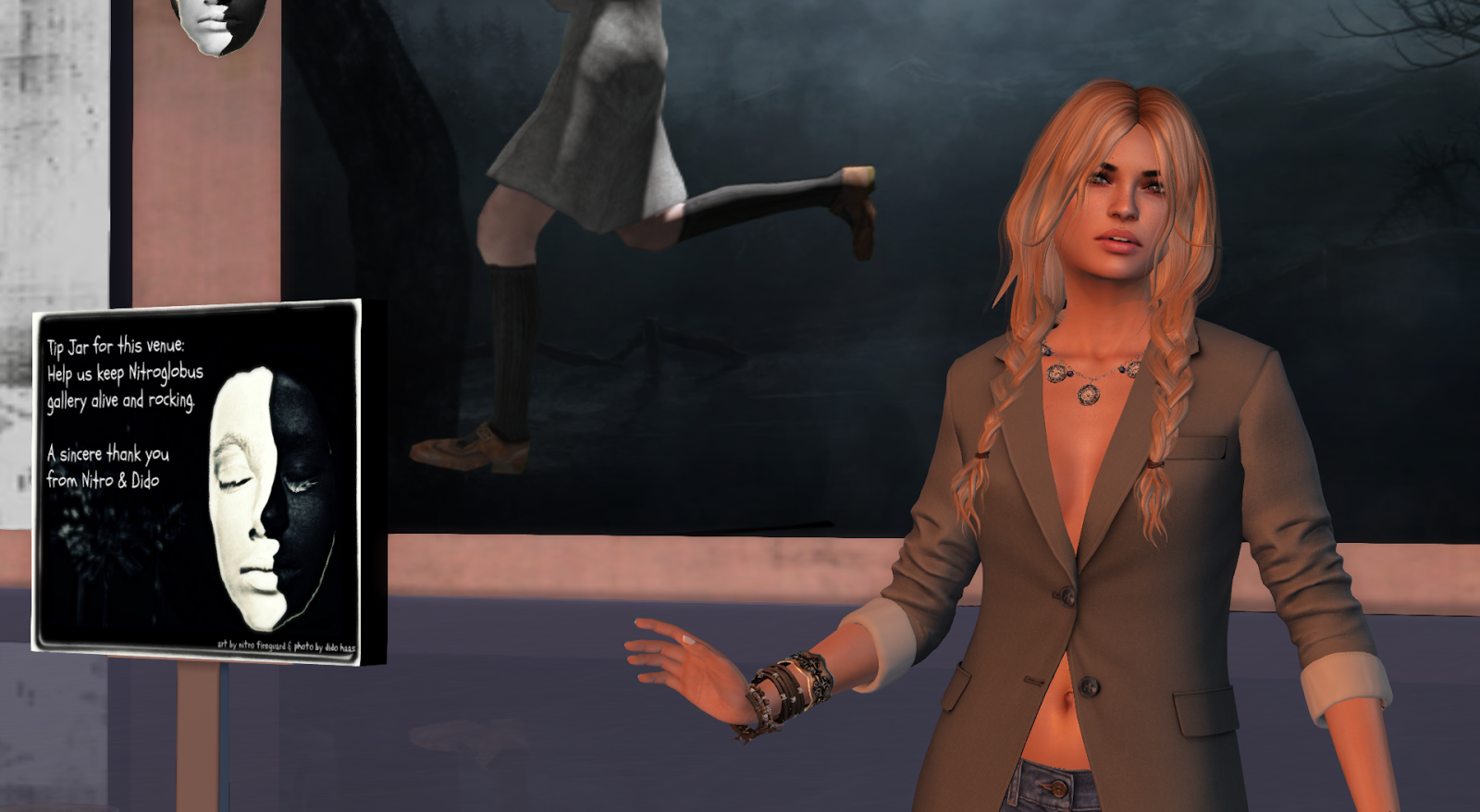 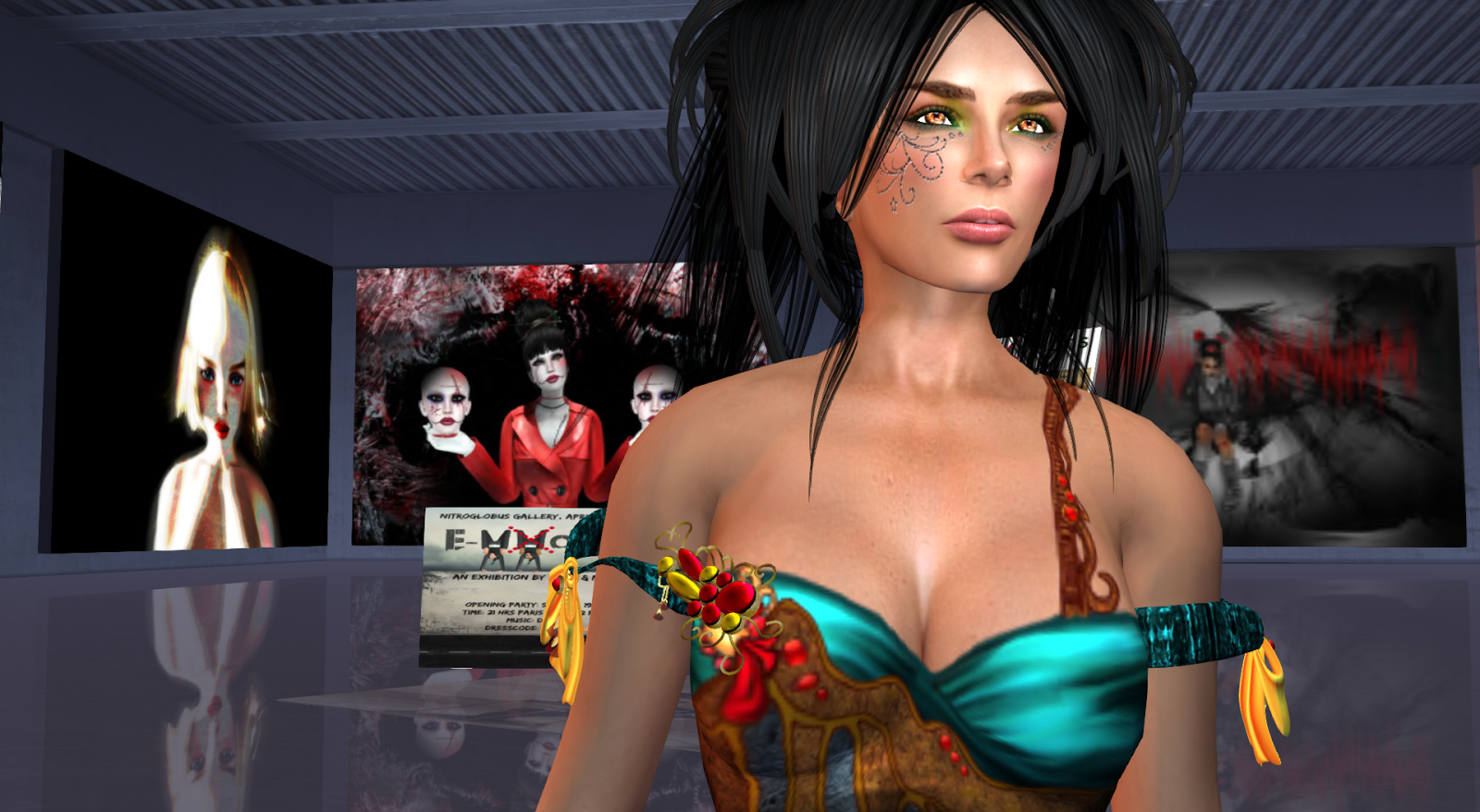