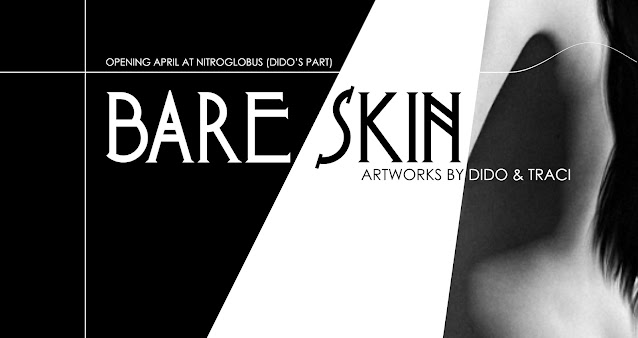 poster made by Traci

April 2021: Open now at Dido's part of Nitroglobus gallery the third in the ongoing collaboration between Traci Ultsch & Dido Haas; 'Bare skin' features new works around the theme of nude and naked skin. 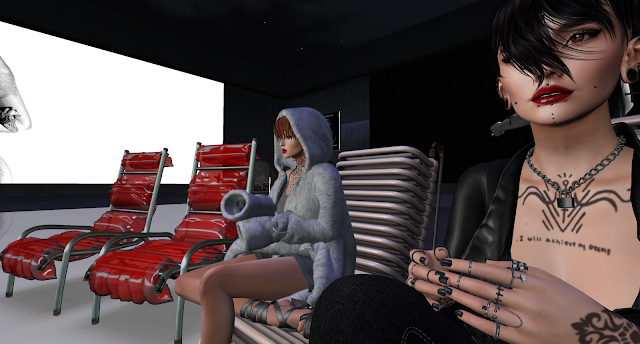 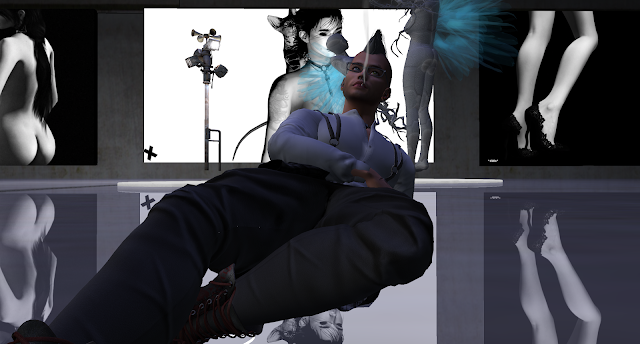 a visitor in the gallery, enjoying the view :-)

Inara Pey wrote a great indepth analysis of the exhibition. Let me quote her here:

image by Inara Pey from her blog post
'Bare Skin presents a total of eight monochrome images by Dido and Traci, who display four pieces each. The two sets of pictures are most clearly differentiated by the fact that Traci’s work utilised a white background, and Dido’s a black backdrop. Both artists approach their work in a similar manner – none of the images feature any background elements distraction to clutter up each image, although props are used in some (notably a cat with some of Traci’s images) that add a sense of focus / narrative.

Whilst breasts and/or nether regions can be seen in some of the images, these are not – again as noted above – pictures intended to titillate in any way. Rather, through framing, pose and focus they encourage the observer to initially consider the inherent grace and lines of the female body, be it is the rise and sweep of a breast, the arch of a foot, and gentle valley of waist between upper torso and hips – or even as a canvas on which to reflect creativity and expression through the wearing of jewellery or the inking of tattoos. But after this first inspection, there is more to be found. 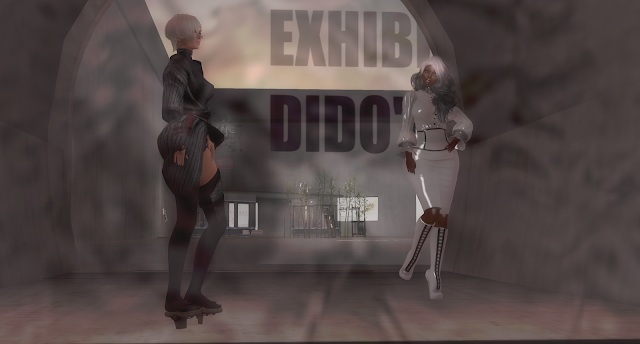 Curious? Here's your taxi to the gallery.